Perfect timing - With the planned launch of DataFlex 2017/19.0 at the end of first quarter of 2017, Synergy 2017 is perfectly timed to showcase its many SQL connectivity enhancements, Web Framework enhancements, Windows enhancements and more. 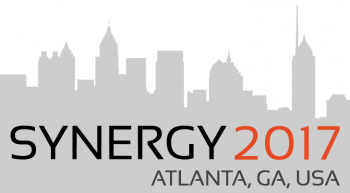 Major price reduction - A restructuring of the conference agenda, from three days to two, is allowing us to offer Synergy 2017 at prices lower than we have in a decade! For only $1,475/full attendee, Synergy 2017 will deliver the same quality of technical presentations that our attendees have come to expect, the same engaging interactions with top DataFlex developers from around the world, the same opportunities for training on the most current topics, and the same face-to-face time with Data Access Worldwide’s all-star team.. All for $400 less than Synergy 2015 in Seattle.

Accessible location - For the 2017 conference, Atlanta, Georgia, USA has been selected as the host city. With its southern charm, varied history, and amazing air service, both domestically and internationally, it is an ideal location for Synergy 2017.

We’ll see you there - Mark your calendars for Synergy 2017, and stay tuned for updates, agenda details, and the opening of registration.